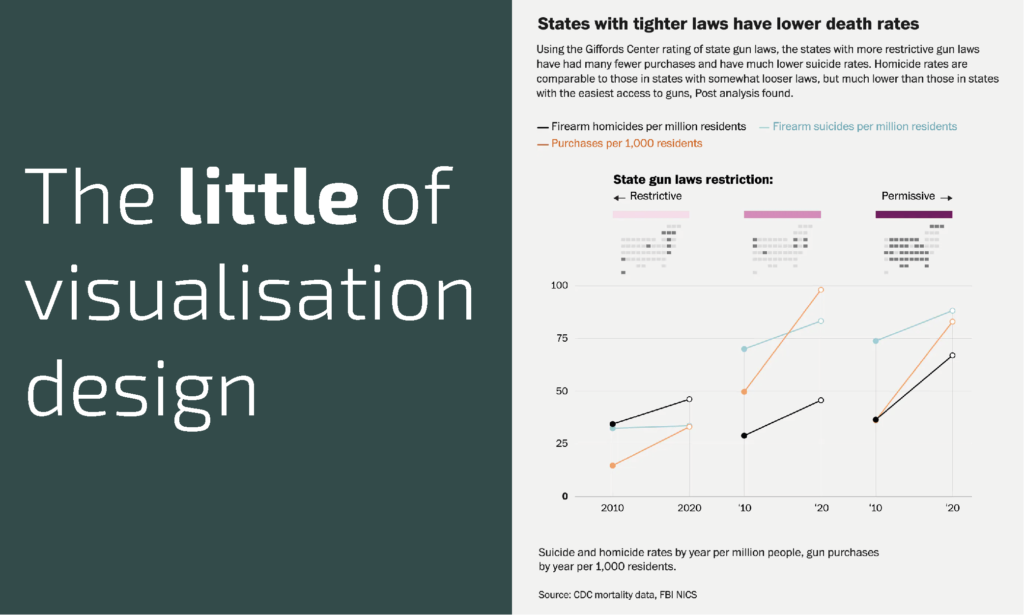 The 'little' of this design concerns a smart way to add further context to a colour legend. The piece in question comes from a Washington Post article titled 'The staggering scope of U.S. gun deaths goes far beyond mass shootings', produced by a team of superstars, and with the specific little design element found in a chart about half way down the article. 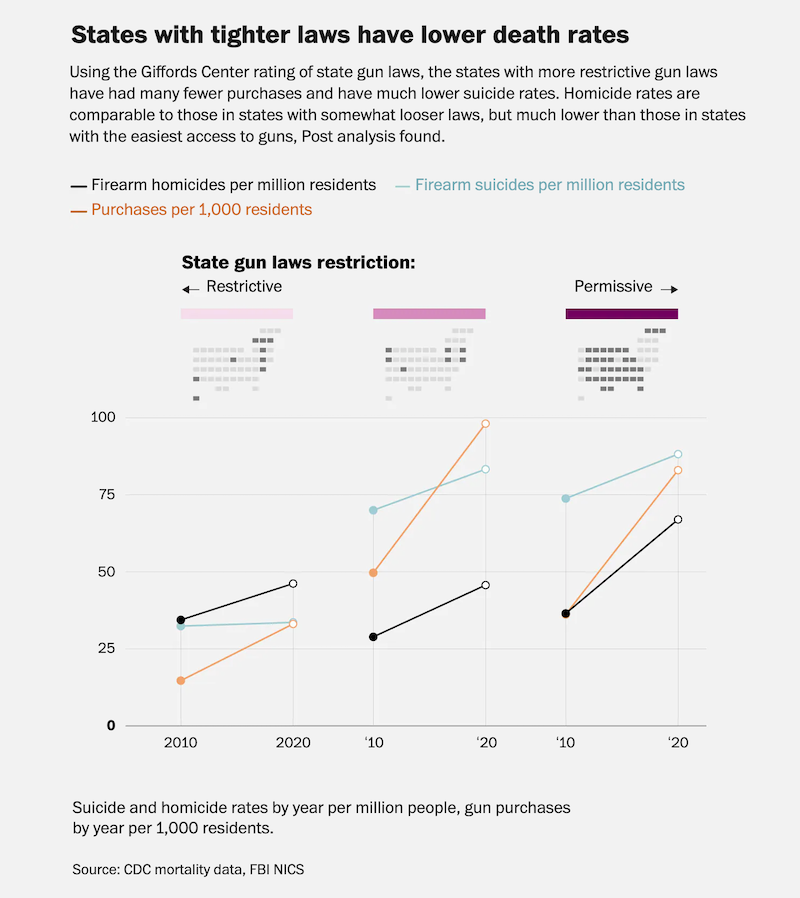 The smart feature I want to highlight here is the miniature grid map, presented under the three colour scales, indicating which of the US states align with which of the three generalised gun restriction groupings. In the full, original article page, both the colour associations and the map layout were presented in a prior chart (as shown below here), and so the audience familiarity, with both the colour meaning and with which map cell each US state relates, is already established, and can also be revisited if any further reminders are necessary. 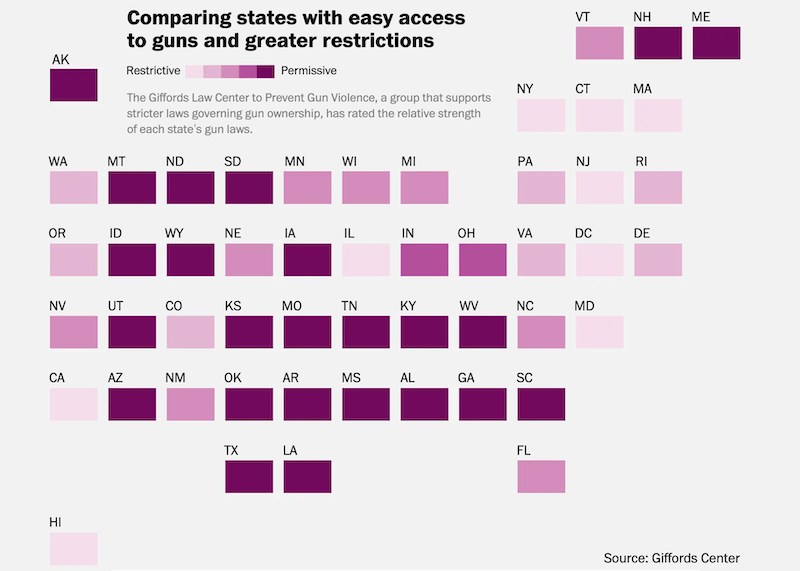