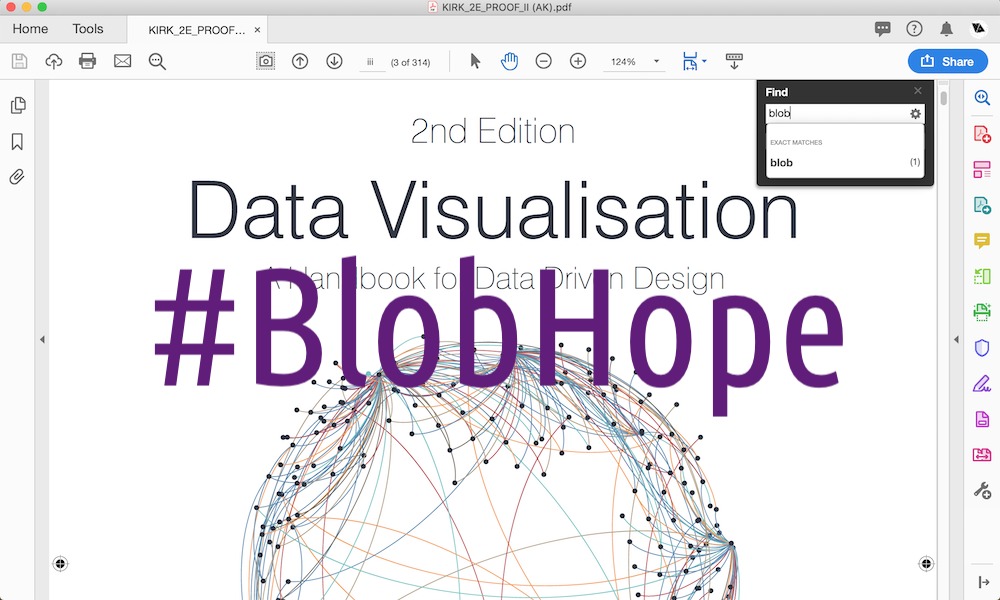 I recently announced publication details for the forthcoming release of my new book, the second edition of 'Data Visualisation: A Handbook for Data Driven Design'. I mentioned that I would be running some contests to give people a chance to win a copy. My intention is to run three contests in total, with the prize being a copy of the paperback version of my book in each case.

Back in 2016, when the first edition was published, I ran three contests framed around the hashtags #Graphiti, #BestWorstViz and #BookShopped. After completing contest number 1 #PetsWinPrizes last week, I'm now delighted to announce details of contest number 2: #BlobHope.

One of the things you try to do with the second edition of a book is tighten up the language used and, where relevant, expand your vocabulary. I noticed the other day that I have introduced to this second edition the word 'blob'. It is a great word and I think it shows my growth as an author.

My challenge for this second contest, should you wish to accept, is for you to guess where in the book the word 'blob' appears. The contest hashtag is #blobhope because you hope your guess is good and it secures you a book.

A few key points. This word wasn't in the first edition, so there's no point browsing through that to find any clues, and it only appears once. You are allowed two guesses. Note that the eventual published book might see the page numbers shifted here and there to accommodate absolutely final layout amendments: the page numbers I'm working to are as they appear in my latest pdf proof version.

To enter, just visit the Google Sheet listing all my book pages (that aren't blank, I didn't want to be cruel) and put your name against a maximum of two page numbers that you think might have the word 'blob' on them. 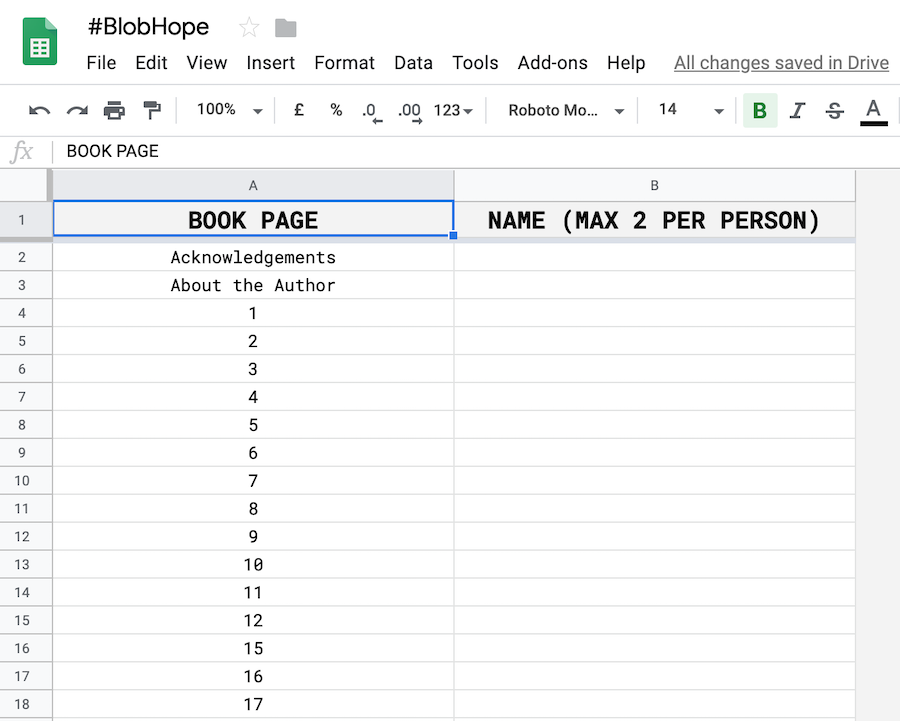 I'll leave the submission window open for 7 days until midnight (PST) on Wednesday 10th July after which I will determine the winner. If the exact page number has NOT been claimed, I'll base it on who was closest in terms of the spreadsheet row numbers. One lucky person will then be the beneficiary of a free copy of my upcoming book as soon as it is published.

After receiving plenty of random guesses for the whereabouts of 'blob', congratulations go to Ben who has won a copy of my book having correctly guessed that the word appears on page 76 of my book. Thank you to all who entered! Another contest coming soon...