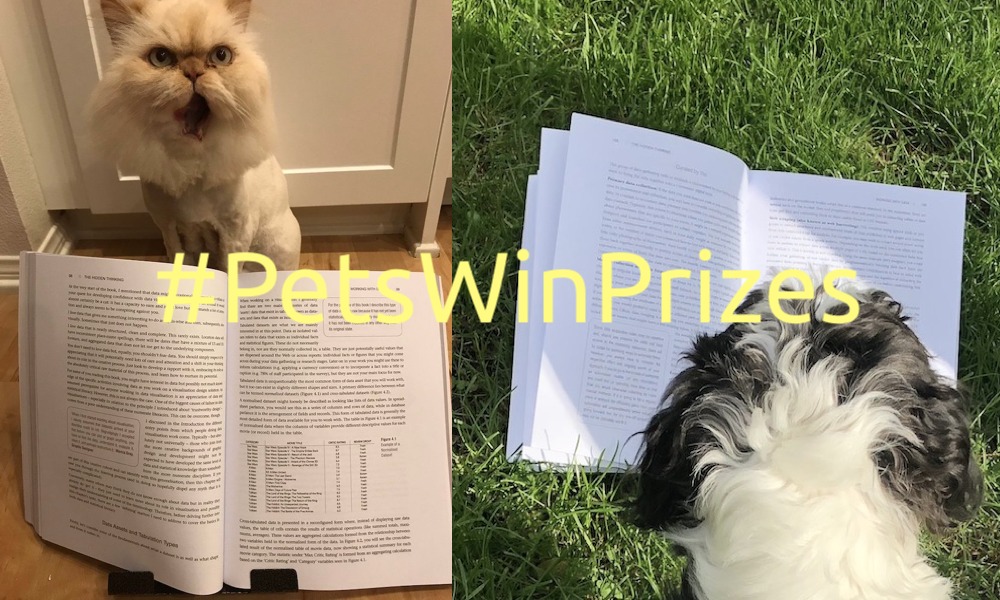 Last week I posted publication details for the forthcoming release of my new book, the second edition of 'Data Visualisation: A Handbook for Data Driven Design'. I mentioned that I would be running some contests to give people a chance to win a copy. My intention is to run four contests in total, with the prize being a copy of the paperback version of my book in each case.

Back in 2016, when the first edition was published, I ran three contests framed around the hashtags #Graphiti, #BestWorstViz and #BookShopped. After spending a bit too much time conceiving new contest formats, I'm now ready and delighted to announce details of contest number 1: #PetsWinPrizes.

So why #PetsWinPrizes? Well, aside from this being the catchy name of an exceptionally mediocre British TV show in the mid-90s, the motivation for this contest topic has been formed by two sources. Firstly, some of my favourite submissions to my VisBookFlipBook project, were those shots that included pets. Below are just two example submissions from Meredith Conroy and Andrew Witherley respectively. 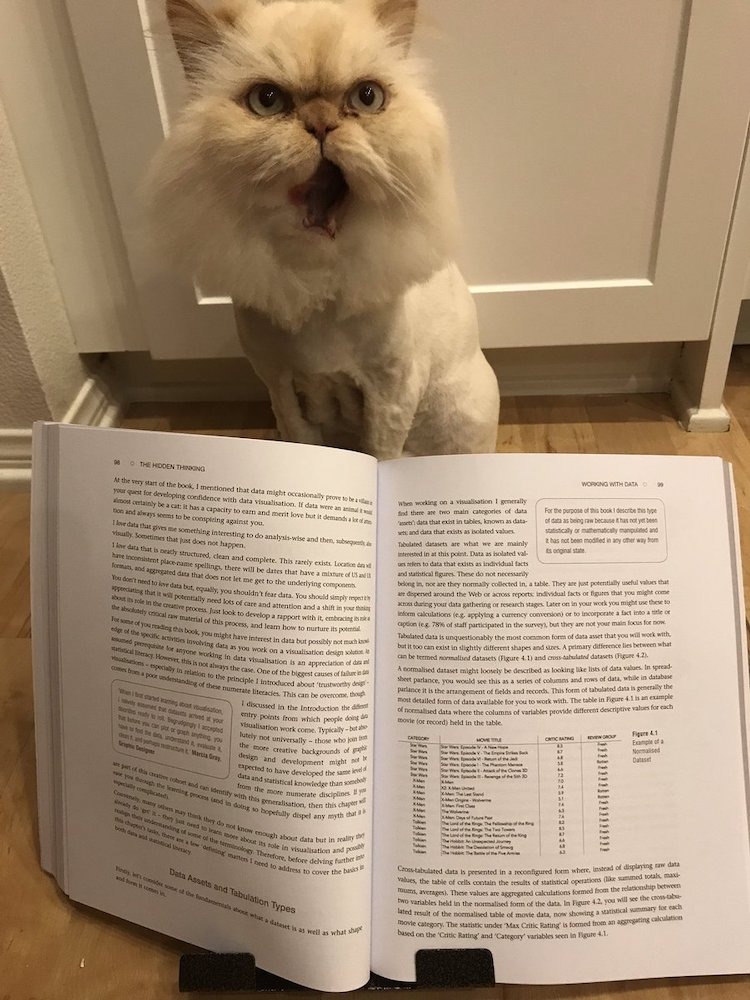 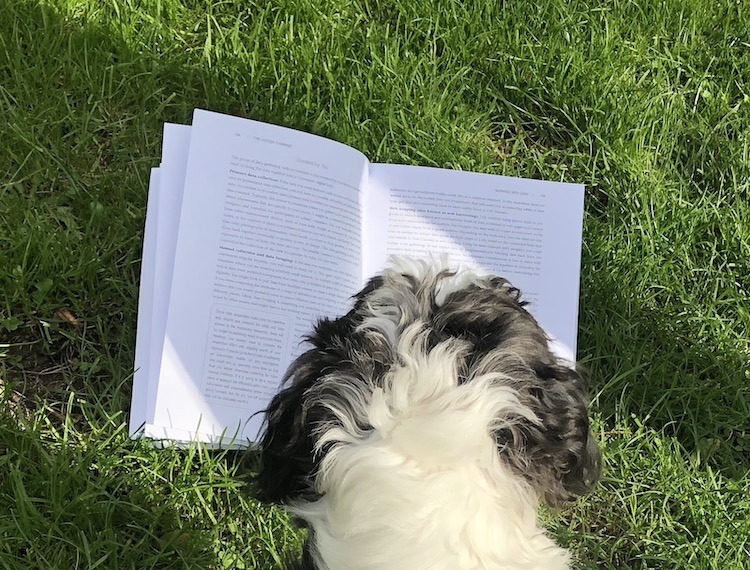 Secondly, I recently noticed that, in one of the sections of my Twitter analytics, the 'Interests' of my followers are dominated by people who like 'Dogs'. (No offence to cat people but, as a dog lover, this makes me quite happy.)

I therefore decided to go with the theme of pets, or more generally animals. Simply put, what I'm looking for are submissions of photographs of animals alongside the first edition of my book. The animals don't need to actually be your pets, they can be a local rat, a random cow, a nearby earthworm or a passing fly. The best compositions, however, will be those where I'm getting a clear sense that the animal is engaging with the book's contents: I want to believe the animal is benefiting from the learning, that it now feels equipped to take on a visualisation challenge. Equally, if the animal appears entirely indifferent, that is ok, I won't judge it or hold a grudge. How you convey whatever type of animal-book engagement is entirely up to you!

To enter, just send me your best photo - just one per person please - of your #PetsWinPrizes submission, tagging me on Twitter, Facebook, Instagram or just sent through on email.

I'll leave the submission window open for 10 days until midnight (PST) on Monday 24th June after which (if there is more than one entry!) I may set up a Twitter poll to ask the public to help determine the winner. One lucky person will then be the beneficiary of a free copy of my upcoming book as soon as it is published.

After receiving some great entries, a series of Twitter polls were run to let the public decide who should be the overall winner.

This was semi-final one, won by entry B, James Smith's 'Guinea Pigs' with 65% of votes.

Here are the entries for #PetsWinPrizes Semi-Final 1 (descriptions simplified):

This was semi-final two, won by entry F, Kylie Wilson's 'Black Dog' with 43% of votes.

Here are the entries for #PetsWinPrizes Semi-Final 2 (descriptions simplified):

On to the final, which was a gripping affair, but eventually won by James Smith with his engaged guinea pigs securing 78% of the votes.

Ok folks it’s time for the final of #PetsWinPrizes, the contest that has captured the imagination of literally some people.

Two options. Who is your pick for the winner who will receive a free copy of my new book: Guinea pigs or dog? Twitter poll 👇🏻 pic.twitter.com/8gbG3PCXLF

Thanks to all who entered, commiserations to Kylie and congrats to James who wins a copy of my new book as soon as it is released!