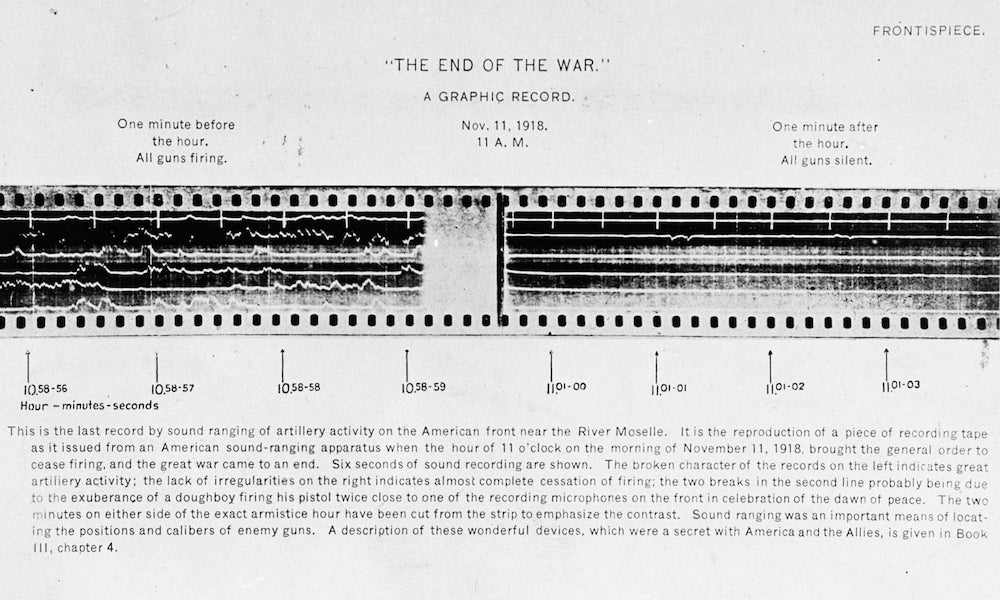 Whilst driving yesterday evening I was listening to BBC Radio 6 Music and heard an interesting interview with members of the band Field Music. They are doing a pair of performances at the Imperial War Museums inspired by a document called 'The End of the War', a graphic recording on photographic paper of the minute before and minute after the cessation of hostilities that ended the First World War at 11am on 11 November 1918. 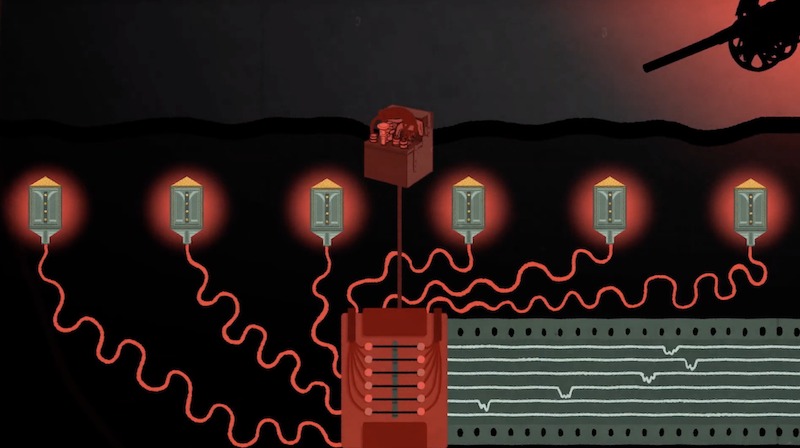 The document is an example of a technique called 'sound ranging' that was used to isolate the sound of artillery activity and then assist in calculating its likely location on the battle field. 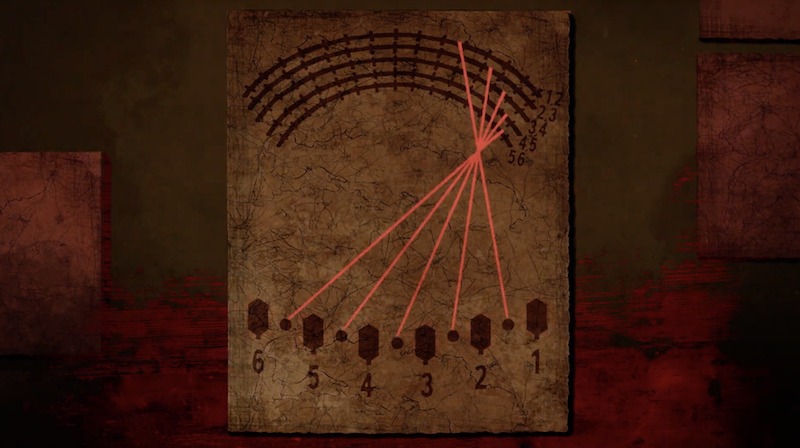 These screenshot images are taken from a really nice video embedded below, from the Imperial War Museum, which explains the technique of sound ranging and how this graphic recording came to capture this profound moment in history.