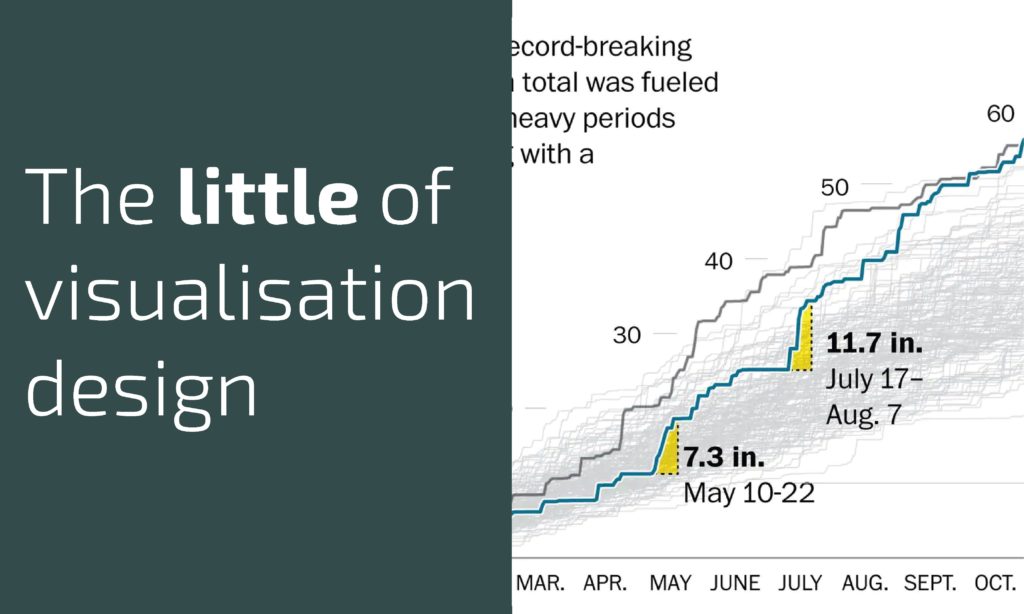 The 'little' of this next design concerns the use of coloured annotations to highlight key patterns in a chart's display. The piece in focus was produced by Tim Meko for the Washington Post in an article 'Drenched city: 2018 is now Washington’s wettest year ever recorded'. 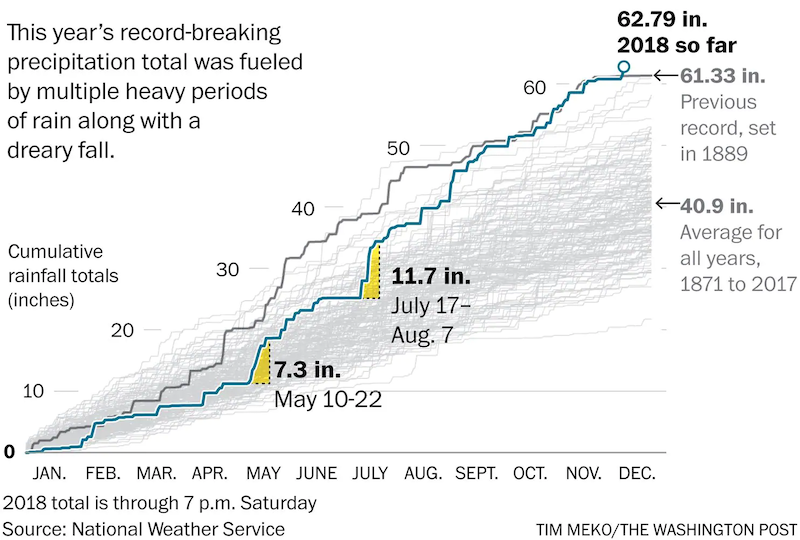 The chart shows patterns of cumulative rainfall in Washington DC with a separate line for each year going back to 1871 when records began. You see the top-most line representing the previous record amount of annual rainfall set in 1889, with 2018 now surpassing that total. 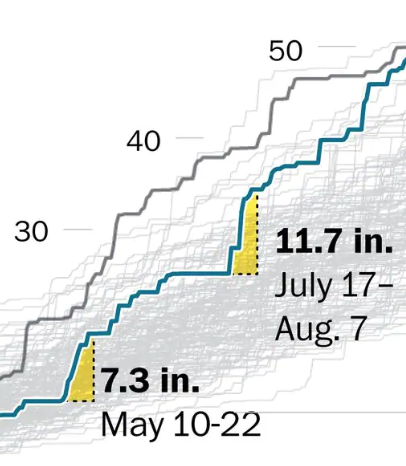 What I particularly liked in this chart were the yellow regions that draw attention to the intense periods of downpours during May and July/August. Sometimes, when you see a line slope you can lose a little orientation about the true magnitude it has grown by. These yellow snapshots emphasise just how much the total has shot up vertically within such a short period of time horizontally.