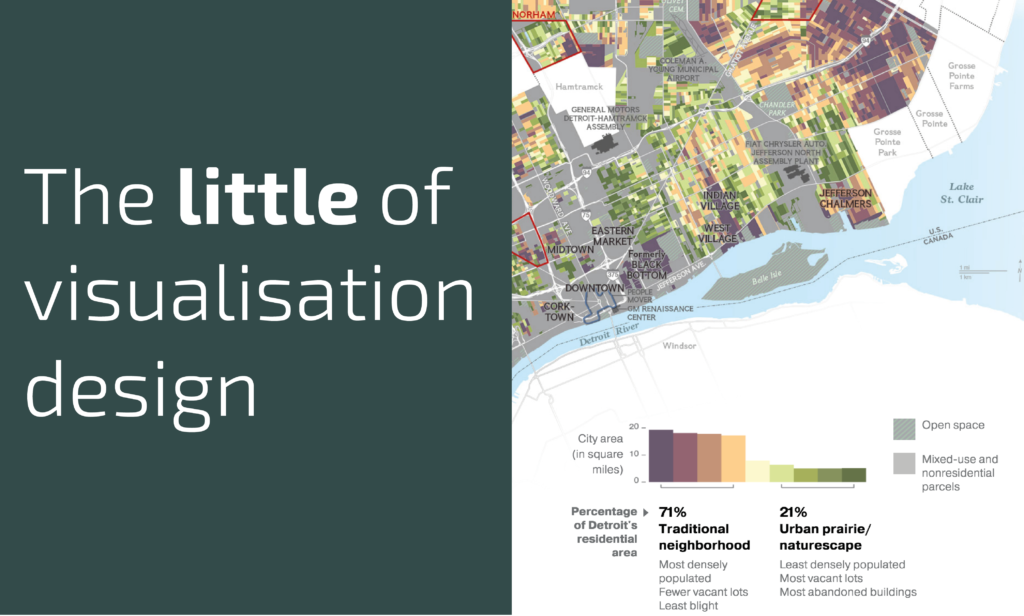 The 'little' of this next design concerns a clever approach to squeezing more potential out of your colour keys, as demonstrated by the project 'Rethinking Detroit' by the National Geographic, looking at the changing fortunes of Detroit's neighborhoods block-by-block. 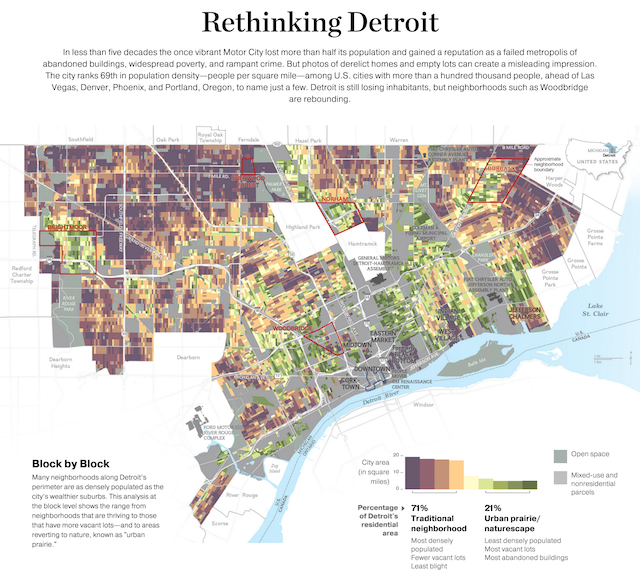 The colour key shows the degree to which a block of properties has been largely vacated/abandoned (the so-called "Urban prairie" in green) or has preserved its status as a traditional residential area (in brown). Rather than just show a colour scale, the key doubles up as a bar-chart, showing the proportion of the city's area, in square miles, of each banding.

5 responses to “The little of visualisation design: Part 14”