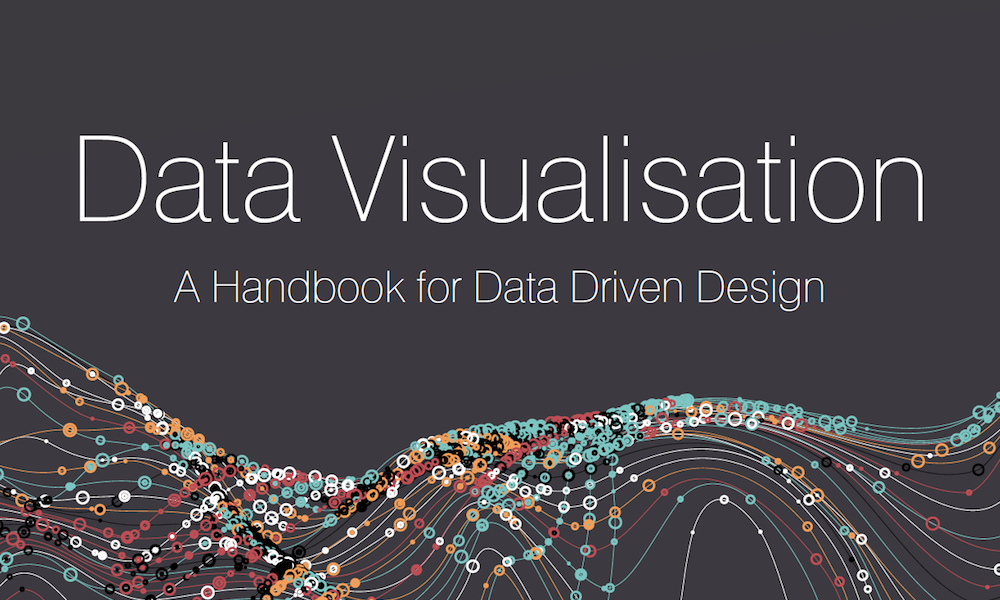 After a few people kindly mentioned and shared details about my new book being available for pre-ordering I thought it would be a good time to post a brief update on its progress.

Firstly, I can't remember if I shared this previously, but the title has now been finalised 'Data Visualisation: A Handbook for Data Driven Design". You might think 'that's a kind of bland title?' but the name of the game, I'm told, in titling books these days is the importance of keyword usage and the influence it has on search engine recognition. I don't want to celebrate prematurely but it seems like I have won the battle for the UK 'S' spelling of visualisation!

The book cover has been designed, as you can see below. To save you the time and pain of trying to make sense of the image's meaning, there is none! It is not a data visualisation rather it was created by the publisher's design team to represent the notion of "the world of data that we now live in". Close up you see a varied palette of marks and attributes, stepping back you can find abstract shapes and contours - that is the extent of the interpretation you need concern yourself with (I know, I always look for meaning). I was absolutely happy for the design team to consider this cover design as a blank canvas for them to experiment and express themselves in a way they normally don't get with other book topics. I specifically did NOT want any charts, or leaves, or random crustaceans but I did selfishly ask them to consider using my visualisingdata.com colour identity, which is nice to see! 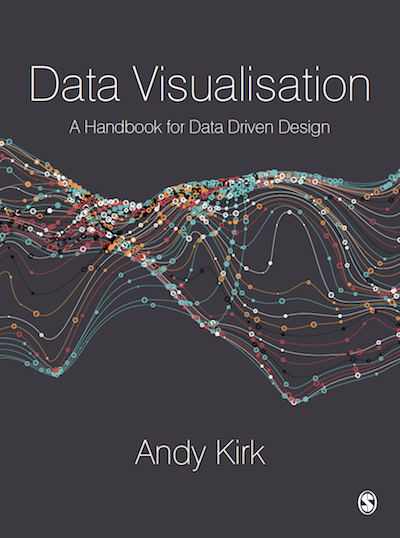 I submitted a final script to my publishers, Sage, back in early November and over the last few weeks this has been with a copy editor who has gone through every word and character. I have now 3 weeks to go through a single word file comprising 541 pages of double-line width 'track changes', here's a preview of the prospect! Merry Christmas Andy...

Since submitting the script I've been hard at work trying to secure permission from image authors/owners whose work I reference in the book. I'm delighted to have had a huge amount of support on this front and reckon I've gained approval for about 96% of the images I intended. The remainder that were not granted permission were simply due to the licensing costs involved that I was unable to commit to. Whilst its a shame not to be able to include a small handful of some excellent pieces, I have some ideal contingencies in place (though I may be coming back to the community for one or two if there are some residual needs...).

Despite still being very much in the production stages, the book is actually now available for pre-order on Sage's website, Amazon (UK), Amazon (US) and I'm sure elsewhere also.

Clearly, as you can see by the status of the book's script above, there's a lot of work still to do over the next few months. The specific content, size and shape of the final book won't be confirmed (or confirmable) until maybe February at the earliest. In particular, I may need to remove some content as it has grown beyond the initial page constraints. Anything significant that does not make it to the final book will be published on the digital companion site that I will be building in the New Year.

The details of the publication date vary from one site to the next (some say May, others June) - we won't know yet when this will land. Also, the book's descriptions on these sites are still very lightweight. I'm sure I will be asked to beef these up in the near future, once again, once we have the final sense of what is definitely included. The final point to make is that the hardback prices are generally quite high (£100/$120). I'm told this is because the hardback copies are aimed primarily at libraries/universities. The paperback prices are much more reasonable (£32/$48) so my recommendation, if you are at all motivated to pre-order, would be to go for this format. Both print formats will be joined by free access to the eBook version also, as well as being provided with access to the further special content as published on my companion website.

I will keep you posted with further updates in the New Year as and when there are further details to announce. In the meantime, I am shutting down the visualisingdata.com factory for Christmas so have a wonderful holiday, thank you all for your wonderful support during 2015, and all the very best for 2016!