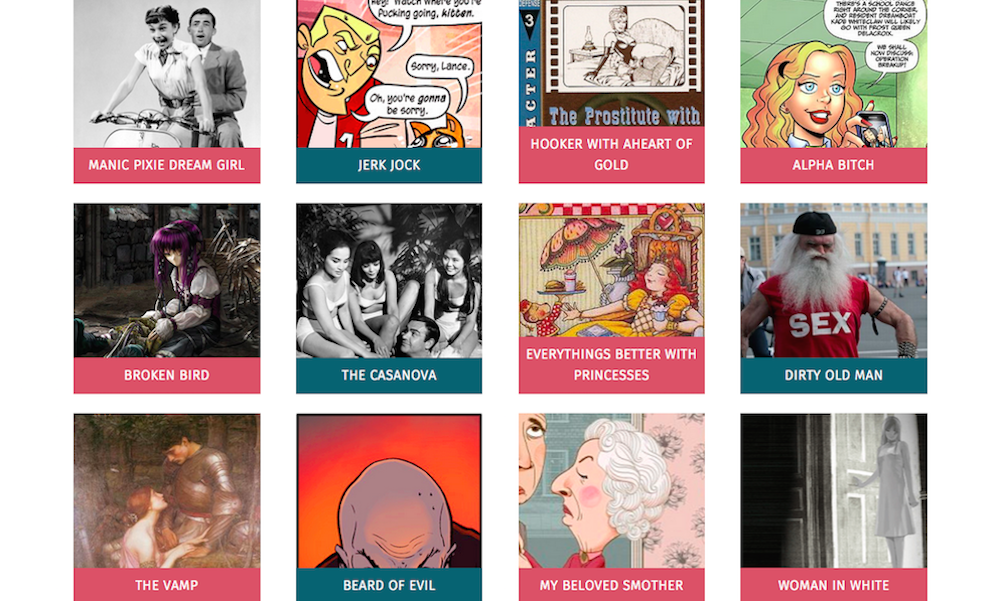 Stereotropes is an interactive experiment, developed by the Data Visualisation team at Bocoup, which examines the use of a range of common tropes in TV and movies and how they reflect, shape or counter against gender stereotypes in society.

As the description on the site explains, it is a really fascinating exploration in to the use of language and connotation, asking the 'chicken or egg' question about how tv and film reflects society:

Some of the greatest reflections on society take place in film, through complex characters, often falling into familiar patterns called “Tropes”. Tropes are devices and conventions that a writer can rely on as being present in the audience’s minds.

The tropes are authored by the community on tvtropes.org and have been selected and categorised based on when they are always associated with males (such as 'Jerk Jock' above) or females (such as 'The Chick' below).

There are 4 different entry points into the project: tropes, films, adjectives, and gender.

The first part on the site let's you explore individual tropes, initially providing a short description of their representation and a timeline history of their use in TV and film. It then delves in to more detail, based on the full description from tvtropes.com, about the use of language, specifically the adjectives, used to describe this trope and whether those are strongly associated with this particular trope or more generic. You can also view other tropes that share the same adjectives in their descriptions. Note that the triangles are essentially an arrow between the text label and the marker on the axis, apart from their colour, they don't encode any data through their shape, size or direction.

Next up, the films give you a way to interrogate the tropes used in over a hundred years of individual movies. 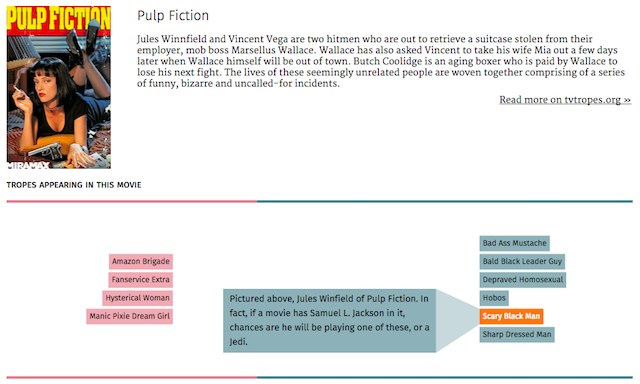 A chord diagram offers a way to view the quantities and connections between all the adjectives used in the trope descriptions and an overview of all the male and female tropes that use that term. 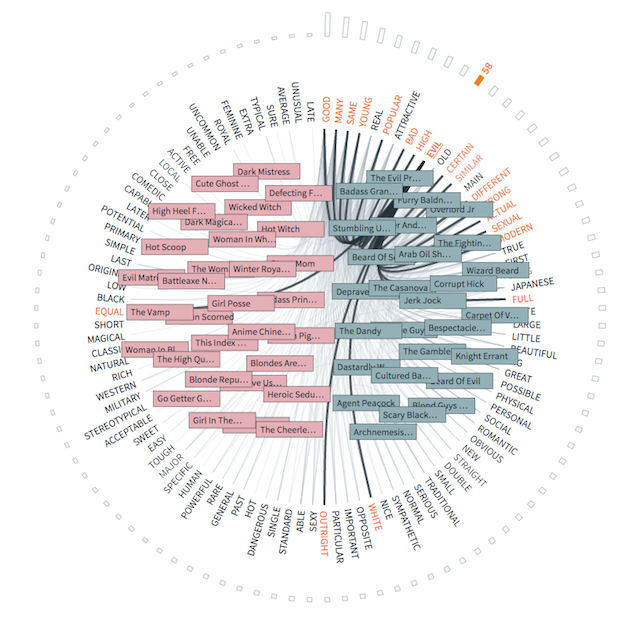 Finally, there is another slice of analysis that considers usage of adjectives and the strength of association with the male of female gender, based on dominance of reference.

There is an excellent detailed overview of the workings that went on behind the scenes for this project on the about page.

As a movie fan I'm instantly on board with this project through subject alone but I really love the focused slice of analysis the team have applied to this large topic, providing an excellent tool to investigate the way gender and character is portrayed on screen.