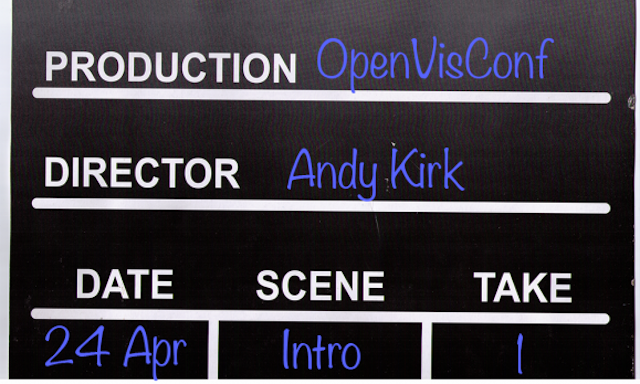 As I mentioned in my previous post, many moons ago, I am giving a talk at the OpenVisConf in 3 weeks' time. The title of my talk is 'The design of nothing' and in this last post I reached out for people to send in stories or examples related to this matter.

I now have a follow up request that might not get the same volume of responses but let's see how we go. I want you to do some acting for me!

*** Update: I have received loads of great vines. There are a few people who have been in touch and are still planning on doing a spoken video soon, otherwise, I would now just ask for silent vines/short videos of people shaking their heads, holding a frowned expression, demonstrating confusion and disgust at this potential subject. Thanks for your help! ***

Below are the tweets I just posted to invite people to record and send me a 6 second vine video selfie for me to (hopefully) include in a particular section of my talk. I want people to say the words 'The design of nothing?' in a very confused and dismissive way (as in, why would anyone talk about the design of nothing, this is madness?!). Ideally I would like to get as many different non-english languages as possible.

For more guidance, I would say spend 2/3 seconds saying the words then the remainder of the 6 seconds shaking your head/holding a confused look. But I don't want to cramp your creative style so feel free to express yourself.

Hopefully we'll have enough submissions to make up a nice video wall otherwise I might be forced to do some acting of my own (nobody wants that) or indeed approach some innocent people off the street/in airports (the authorities don't want that). If there are too many then I will politely inform people to stand down (I don't anticipate that though!).

So, just imagine, your face, your acting skills, on the big stage: being projected on to a screen at the hottest conference to hit Boston this year. It's also Friday so there's nothing better to do at work, is there?

As Andy Warhol didn't say, "In the future, everyone will be famous for 6 seconds".