VISUALISATION INSIGHTS: #6 DATA JOURNALIST & INFORMATION DESIGNER
By Andy Kirk | January 5, 2011 | Articles
This is the sixth article in my Visualisation Insights series. The purpose of this series is to provide readers with unique insights into the field of visualisation from the different perspectives of those in the roles of designer, practitioner, academic, blogger, journalist and all sorts of other visual thinkers. My aim is to bring together these interviews to create a greater understanding and appreciation of the challenges, approaches and solutions emerging from these people – the visualisation world's cast and crew.

David McCandless is a data journalist and information designer based in London. Over the past 2 years David has emerged as one of the most prominent visualisation designers, largely through his exceptionally popular book "Information is Beautiful" and accompanying website.

Other than Hans Rosling, it would be fair to say that, through his book, his ongoing design work and several high profile public appearances, David was the most talked about star of the visualisation scene in 2010. It is therefore self-evident that I would wish to invite him to take part in an Insights article and I'm extremely grateful that he was able to find time from his extremely demanding schedule to offer his thoughts on a range of issues.

You’ve had a varied career to date - can you provide a brief narrative of the key milestones in your education/training/career background that led up to your current data journalist/information design career you enjoy today? Sure. I’m 38 years old and have been a professional journalist for 23 years (since I was 15). 1986 (aged 14) - hacking column for cult ZX Spectrum magazine, Your Sinclair. I would break into games and work out how to give players infinite lives. 1989 - Studied English at University Of London.  Dropped out aged 19. 1990s (20s) - Wrote for video games magazines Zero, Pc Zone - UK Doom Champion 1997 (26) - Freelance feature writer on technology, web and game culture. For Wired Magazine US & UK, The Daily Telegraph, The Evening Standard. 1999 (28) - Wrote & edited seethru.co.uk, part of an interactive drama on BBC 2 in the UK. One of the first websites to feature something called a “blog”. 2001 (age 30) - Freelance reporter for The Guardian, Telegraph and Independent. Writing about web culture and anything "strange and interesting". 2003 (32) - Freelance conceptual copywriter specialising in digital advertising. Clients included Orange, Amnesty, BBC. Won 2 webby awards, one silver pencil and over 14 separate industry awards. 2006 (35) - Wrote the The Internet Now In Handy Book Form! a spoof of the internet. Self-orchestrated viral campaign. 2007 (36) - Creative Director working in advertising. Started designing infographics. Had the idea to do a book of information maps and charts called "The Information Atlas" 2008 (37) - Wrote and designed ‘Information Is Beautiful’. The book took 1 year of solid work to design and refine. Plus  6 months of research. 6 months of doubt.

When/what was your “aha!” moment in terms of information design – when were your eyes opened to the world of visualisation and what defined some of the techniques you employ today? 2007 I was a working journalist and having to stay on top of loads of different subjects, keep copious notes and track the developments and ideas in the various fields I was interested in and writing about. This was fun but hard work. I’m into loads of different subjects: tech, philosophy, science, culture, sub culture, history etc. So I was generating a lot of material. I was researching a piece about Evolutionism and Creationism. It was generating huge amount of notes as Evolutionary Theory is made up of loads of different camps, all with slightly varying perspectives. At the same time, Creationism is made up loads of different camps, all with slightly varying perspective. I wanted to try to depict them all. So, to keep track of all these different camps, I drew a visual map, and tried to sum up, distill, each camp into the minimum words. In the end, I had this pretty interesting diagram. I looked at it and thought: “Hmmmm, I don't really need to write the article now. It's done the job of delivering the information." Then I thought: "Maybe I could do this to loads of subjects? Instead of writing an article, this diagram could be the article?” I then started looking at my notes and article ideas with that in mind. That was it really. How would you define your visualisation/design style? I'm always going for simplicity and clarity and space. Partly as a response to information overload. But also because journalism and design share a common goal - they want to make things clearer. Who would you describe as being the most influential authors, writers, designers or academics behind your visualisation techniques and design identity? Key influences: Edward Tufte, Ben Fry, Robert Horn, Judith Donath, Marshall McLuhan, Wurman, Otto Neurath, Gerd Arntz, Bureau D'Etudes, Stamen. Um, I look at everything - I subscribe to design blogs and look at them everyday. So I would say I'm influenced by information design as a whole, and by the web. Alas, a lot of the blogs I look at don't necessarily have back-links to the designers, so I don't often know whose work I'm looking at (that's a reason why I always put a prominent signature on my work) Many readers will probably own or will have read a copy of your book “Information is Beautiful”/”The Visual Miscellaneum”, what motivated you to write the book and how did you identify the visualisation subjects included?

After starting to play with infographics, I suffered a good six months of doubt. My agent wanted me to do another book and asked me what I had. Meekly, I presented this idea of a "mapbook of ideas". In terms of identifying the visualisation subjects included. I just followed by ignorance and frustration mostly! I set about trying to answer questions I wanted answered. And to fix things that frustrated me about information - the reporting of abstract billions dollar amounts, patterns in media. I also had some cool ideas - like Time Travel or Wikipedia Edit Wars - that couldn't wait to visualize. But I think frustration, ignorance, boredom, bewilderment can be as inspiring as joy or curiosity or conversation. Those 'negative' feelings are a sign that something isn't working. And an opportunity to design a solution. How long did it take you to construct the collection of published designs? It took a year of solid work. Any plans for a follow-up? Yep. I'm going to be announcing something soon.

How do you see the state of the visualisation field right now (ie. encompassing data journalism/information design) both in the UK and worldwide? Pretty exciting. Expanding rapidly. All the infodesigners I know are busy, busy, busy. I despair a little at the infographic dreck that has appeared. But I think the good pieces are still rising to the top and being seen. There still seems to be a boundary between journalism and information design though. Still I think many designers and journalistic are falling into the pitfall of thinking just visualising something makes it good or interesting enough. I'd love to see more designers getting some journalistic training - and more journalists getting some design training. Do you see any regional differences in techniques or approaches to visualisation across Europe compared to the UK/ US other parts of the world? Alternatively, does visualisation exist as a genuine global community progressing and evolving collectively? Not sure really. As I said, I look at design pretty agnostically. I don't often know where it comes from. You recently accompanied David Cameron to India, how did this come about and what were the key insights that struck you from your experiences on this trip? 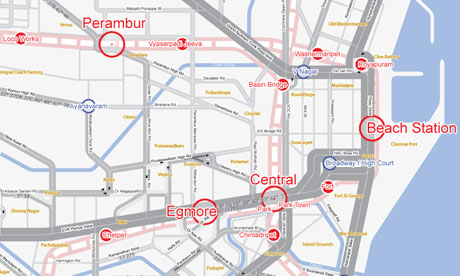 My name got on a list! I was as surprised as you. It was quite a mad trip. The Indians we met were as hungry for data visualisation and information design as we are.

You were also recently invited to go on BBC’s Newsnight programme, debating the issue of data visualisation and in particular the issue of aesthetics. Do you have any reflections about how the subject was presented and how the subsequent discussions went?

I was flattered and amazed to be asked to appear. I haven't done telly for a few years. So I'd forgotten what it was like. Specifically, I forgot how TV journalism reduces debate down to two opposing polarities: for and against. Which I think for a topic like information design is a lame approach. How can you be against information design? It's just a technique! So I was caught on the hop a bit and felt quite bemused by what was going on. I thought we might have a debate about its potential and its limitations. But no. One of the criticisms I hear (and generally agree with) about the visualisation field is that it is good at celebrating and promoting itself inside the community but struggles somewhat to effectively penetrate beyond into the wider business community. That could be true, though I've had many people approach me from the business world wanting visualisations, tools and insights. There are clear benefits for the communications industries: journalism, advertising, marketing, web. But I think businesses hungry for new insights and innovations may be disappointed by what this field can offer. I think data visualisations can provide insights - sometimes. But the data has to be worked and moulded and played with journalistically - to reveal those insights. I'm not sure visualisation per se or automated tools can do this. You need a brain. Data needs humans to be interesting. How do you go about articulating and selling the benefits of data visualisation to those new to the subject, especially given that a direct return on investment can be somewhat tenuous? It's self-evident isn't it? Information design either works or it doesn't. If it does, it'll conveys its message and be understandable to virtually anyone. Like a road sign. Or an iPod. No selling of benefits required. ************************* I’m extremely grateful to David for taking part in this interview especially as his time is unquestionably in very high demand right now. He has offered a great insight into his life as a prominent visualisation designer and readers will find some invaluable advice contained within this article, especially in terms of career pathways and design process. I wish him all the best in his ongoing quest to conquer the world of visualisation in 2011 and look forward to his announcement of a follow up to his book. For those of you who don't already follow David in any shape or form, you can buy his book here, visit his blog and see his relentless stream of new designs here and follow him on twitter via @infobeautiful.